Back to the top

At the Dawn of the Cold War. The Soviet-American Crisis over Iranian Azerbaijan, 1941-1946 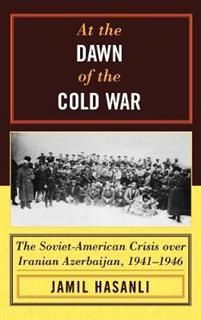 Author(s)
Hasanli Jamil
Language
English
Publisher
Rowman Littlefield Publishers
Publication year
2006
Format
Hardcover
Pages
424
ISBN
9780742540552
Price:
208.00 € 189.09 € w/o VAT
Shipment: 1 week from the moment of the order
Add to shopcart Add to favorites
Shipment: 1 week from the moment of the order
For half a century, the United States and the Soviet Union were in conflict. But how and where did the Cold War begin? Jamil Hasanli answers these intriguing questions in At the Dawn of the Cold War. He argues that the intergenerational crisis over Iranian Azerbaijan (1945-1946) was the first event that brought the Soviet Union to a confrontation with the United States and Britain after the period of cooperation between them during World War II. Based on top-secret archive materials from Soviet and Azerbaijani archives as well as documents from American, British, and Iranian sources, the book details Iranian Azerbaijan's independence movement, which was backed by the USSR, the Soviet struggle for oil in Iran, and the American and British reactions to these events. These events were the starting point of the longer historical period of unarmed conflict between the Soviets and the West that is now known as the Cold War. This book is a major contribution to our understanding of the Cold War and international politics following WWII.
Category
Weapons, War, Army, Military Literature
EAN
9780742540552
BIC category:
JWM
Price:
208.00 € 189.09 € w/o VAT
Add to shopcart Add to favorites
More like this
Select delivery country for: